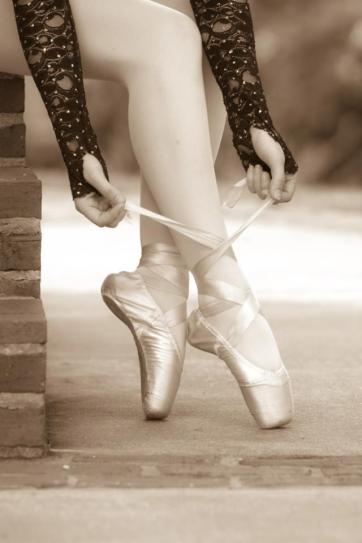 Stephanie began training a the age of 7 at Magdalena Maury’s School of Classical Ballet in Fayetteville, GA.  This would be Stephanie’s dance home for the next 11 years, where she was a member of the esteemed Georgia Youth Ballet (GYB), a pre-professional ballet company nationally ranked by the Southeastern Regional Ballet Association.  There she was instructed directly under Magdalena Maury herself, who is the founder of the GYB, and joined the performance company.  While in the GYB company, Stephanie shared the stage with guest professionals from across the country, including the Cincinnati Ballet.  During this time she also studied under Josie Pollock, current Artistic Direction of Georgia Youth Ballet.

In 2004 Stephanie moved to Rome, GA to attend Berry College, where she was a member of the Berry College Dance Troupe.  During her four years at the college, she performed annually with the Troupe, and was often a featured dancer. Three years after graduating with a degree in Studio Art, she began instructing at Dance Works of Rome, where she has taught pointe, intermediate, and advanced ballet classes for the past 7 years.

What are DWR parents saying?

“Maddie has danced for years but I saw a huge difference in her technique, skill, and knowledge after just 1 year at Dance Works of Rome!” – Laura Gann

“Best Studio in Rome by far. Owner is an amazing instructor and actually teaches. My girls became much better dancers at Dance Works of Rome.” – Rebecca Moon

“My daughter is in awe of Mrs. Emily!! She loves going to class and learning new steps and stretches and comes home and shows us what she has learned. She has a love of dance that we have not encouraged as we should have until recently and with my friends help, found Dance Works!! We are so glad we did!” – Donna Maxwell

“We love Dance Works! Miss Emily pushes my daughter to be the best dancer she can be. She has grown as a dancer and has gained sweet friendships with the other dancers.”  -Kim Wright

“My daughter, Riley, absolutely loves Dance Works and Emily! Not only has she developed excellent dancing skills, but she’s also developed a strong love for dance, and it’s all due to the strong instruction and fun at Dance Works Studio!”– Vicky Sutton